The National Commission of Human Rights (Comisión Nacional de Derechos Humanos –CNDH) determined that the deaths of Martín and Bryan Almanza Salazar, nine and five years of age, were a result of discretionary and direct fire by elements of the army and not by crossfire between army forces and organized crime as stated by the government of Felipe Calderón. The young boys were shot to death on April 3 in Ciudad Mier, Tamaulipas.

In a press conference Raúl Plasencia, President of the CNDH, said that through an investigation, the CNDH arrived at the conclusion that the vehicle in which the two minors traveled, along with eleven others, was directly attacked by military forces between 116 and 117 kilometers off the highway to Nuevo Laredo in Reynosa, Tamaulipas. According to testimonials by the victims and inquires made by the CNDH through 326 proceedings, the National Defense Secretariat (Secretaría de la Defensa Nacional – Sedena) lied by stating that the minors died in crossfire. Because of this and Sedena’s refusal to provide information about the operation, the CNDH issued a recommendation, which requires the National Defense  to repair damages done to the victims and their families.

The report also recommended that Sedena carry out regular drug and psychological exams for those who participated in the operation and opened fire on the vehicle that Bryan and Martín traveled in. It also asked that Sedena accompany the complaint that the CNDH will present before the Federal Attorney General’s Office (Procuraduría General de la República) , to punish those responsible for the death of the two children on April 3, in Tamaulipas. 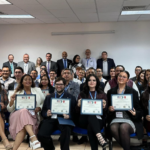