Dr. Rodríguez Ferreira opened the forum by providing a brief presentation on the number of journalists and media workers killed in Mexico in recent decades. Showcasing data compiled by multiple organizations, including the Special Prosecutor for Crimes Against Freedom of Expression (Fiscalía Especial para la Atención de Delitos cometidos contra de la Libertad de Expresión, FEADLE) and Justice in Mexico’s own Memoria database, he noted the substantial variations in statistical trends regarding levels of violence against journalists depending on the specific source. Dr. Rodríguez Ferreira argued that the considerable differences in statistical data across different organizations further emphasized the need to listen to the first-hand knowledge and perspectives of media sector professionals when examining the issue of violence against journalists.

Panelists offered their views on the current situation facing journalists in Mexico. Dr. Sallie Hughes spoke at length about the origins of widespread violence against media workers in Mexico and the current nature of the problem. Dr. Hughes noted that journalists who use their work to hold local officials and police accountable are often at greater risk of receiving threats. Given the persistent acts of violence against journalists reporting on sensitive topics, Vicente Calderón lamented that media outlets ranging from newspapers and TV programs are often dissuaded from covering issues such as violence because of the possible dangers doing so might bring. Carrie Kahn underscored the point that the issue of violence against media professionals can be viewed as part of the broader deterioration of public security in Mexico in which similarly vulnerable populations like activists and human rights defenders are also facing comparable challenges to their safety.

Various participants lamented recent high-profile incidents against journalists in early 2022 and how these events continue to demonstrate widespread impunity for crimes against the media. In offering ideas on what can be done in response to the lack of accountability, Alfredo Corchado argued that increased international condemnation of the situation in Mexico can be just as potent as organized protests on the streets. Raising a similar point, Sandra Dibble stated that providing Mexican journalists with opportunities to showcase their work internationally could also help draw attention to the plight they face in Mexico while deepening solidarity within the international journalistic community. In her presentation, Dr. Hughes also touched on various ways journalists in Mexico are dealing with the challenge of impunity, such as forging links with civil society organizations or even undergoing safety training.

Violence Against Journalists Impacting the Rise of New Mediums

In the context of violence against journalists and the press, Dr. Edmonds-Poli raised the growing use of social media and citizen participation in diffusion of information. She noted that while some social media users act responsibly and provide valuable information to the public, she highlighted the pervasive lack of adherence to journalistic standards and the potential for exploitation of these new mediums by organized crime groups and local officials. Vicente Calderón agreed that the rise of social media as a source of information posed potential risks for democracy, cautioning that a growing reliance on social media could blur the lines between “influences” and journalists. Moreover, Sandra Dibble mentioned some cases of non-professional Internet writers being granted access to official government protection programs for media workers, while “legitimate journalists” were encountering difficulty in their attempts to receive government protection.

In closing, Dr. Shirk underscored the broader ramifications of continued violence against journalists and media workers for Mexico. Dr. Shirk argued that the lack of protection for freedoms of speech and of the press have put Mexican democracy itself at risk. Without outlets for ordinary Mexicans to make their demands known, those in positions of power will not need to respond to the needs of their constituents. As a result, the lack of accountability for crimes against journalists and the press has undermined Mexico’s democratic institutions.

The full webinar forum can be viewed here. This panel was organized in coordination with the Center for U.S.-Mexican Studies at the University of California, San Diego that hosted a separate panel, the video of which can be viewed here. 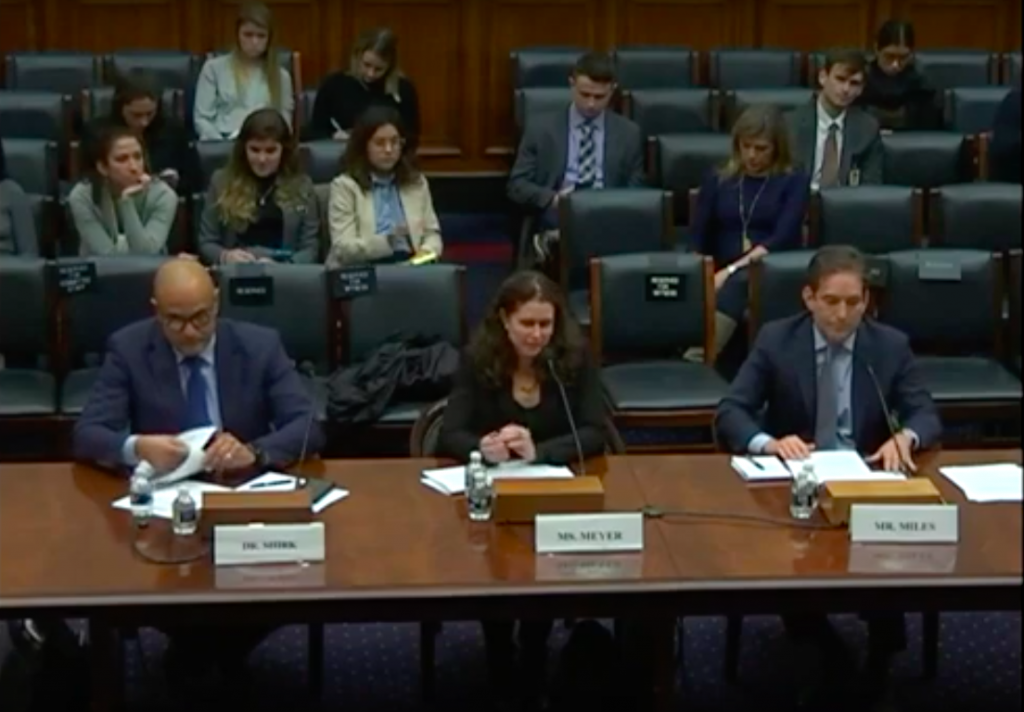