03/23/18 (written by Ashley Ahrens-Víquez)- In the month of March, there were several high profiles arrests from three Mexican drug trafficking organizations. Each of these arrests happened in significantly distinct regions, encompassing the U.S.-Mexico border region to the central states. They may have a notable impact within their communities.

Erick Uriel “N” alias “La Rana,” an alleged member of the Guerreros Unidos, was arrested on March 12, 2018 in Cocula, Jalisco in relation to the 2014 disappearance of 43 students from Ayotzinapa, Guerrero. He is facing charges of kidnapping and organized crime.

Prior to their disappearance, the 43 students were on their way to a march commemorating the 1968 Tlaltelolco Massacre. According to Mexico’s Attorney General’s Office (Procuraduría General de la República, PGR), the students were handed off to the Guerreros Unidos by Iguala local police on the orders of the mayor, José Luis Abarca. According to the New York Times, the purported leader of the Guerreros Unidos, Felipe Rodríguez Salgado, alleged that he had been ordered by Abarca to get rid of the students because they had been permeated by Los Rojos, a rival gang. The students were then reportedly incinerated in a landfill in Cocula and dumped in the San Juan River. This official account stands despite an Interdisciplinary Group of Independent Experts’ investigation that found critical inconsistencies in the story perpetuated by the PGR.

Family members of the 43 students gathered at the “Antimonumento” in Mexico City last Tuesday to discuss the latest arrest in connection with Ayotzinapa. In a statement, they said that the detention of Uriel does not indicate a development in the investigation, calling it a “smoke screen.” They claimed that the PGR is eager to prosecute Uriel to further reinforce their theory, thereby refuting experts and appeasing the public.

Uriel is currently being held in a correctional facility in Gómez Palacio, Durango. 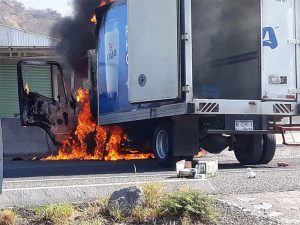 Jordyn Axel V. “El Jordy,” was recently captured on March 15, 2018, according to the Attorney General of the state of Michoacán (Procurador General de Justicia del Estado), José Martín Godoy. The 18-year-old is the nephew of the head of Jalisco New Generation Cartel (Cártel Jalisco Nueva Generación, CJNG), Nemesio Oseguera Cervantes “El Mencho.” Axel V., a reputed sicario (hitman) for Los Viagras, was arrested along with 18 other people and has been charged with narcomenudeo (street-level drug dealing). Previous to his arrest, he was also wanted in relation to the murder of two people in 2014.

Axel V. was born in 1999 in Buenavista, Michoacán to Adrián Mendoza Oseguera and Nora Elia Villa Patricio. His father reportedly left his mother when Axel V. was young. According to El Universal, he is not in touch with his father, nor does he have a relationship with Oseguera Cervantes. He allegedly became a sniper and sicario for Los Viagras at the age of 14 and was the leader of a plaza in Antúnez, Parácuaro at the time of his arrest. Los Viagras, once a faction of the Knights Templar, is the dominant group in Tierra Caliente, located in the center of Michoacán. They are currently led by Nicolás Sierra Santana “El Gordo.”

Los Viagras reacted violently to the announcement of the arrests. Men associated with the organization burned cars and businesses throughout Tierra Caliente including a Nissan dealership and super market. They set up narcobloqueos (road blockades) along highways, threatening drivers before lighting their cars on fire. In the community of Las Cañas, alleged members of Los Viagras shot at a bus containing 40 students. Luckily, none were injured. In response to the violence, the government dispatched local and state police to maintain public security. Law enforcement seized Molotov cocktails, gasoline and firearms from the members. There have been no reported deaths in the unrest.

This is the second time in a month that Los Viagras caused disruptions within the state. After an earlier, attempted arrest of plaza chief, there were 10 hours of narco blockades within Apatzingán. In a press conference on March 15, Godoy emphasized that the governor Silvano Aureoles Conejo and law enforcement are working to apprehend those responsible. 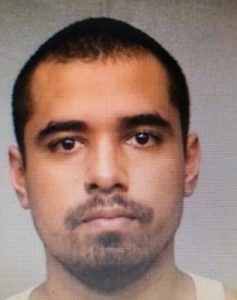 Osiel Cardenas Jr., the son of the former Gulf Cartel (Cártel del Golfo, CDG) leader is being held without bail for illegal possession of a firearm, public intoxication, and giving false testimony in Brownsville, Texas on March 13, 2018. A police spokesman said that Osiel Cárdenas Jr. was in a bar in Texas when an individual reported that he was carrying a gun. Before he was arrested, Cárdenas waved his gun in the air, showed patrons a Cameron County District Attorney badge, and threatened them with arrest if they did not leave the bar.

The twenty-five-year-old American citizen was on probation when arrested. In 2014, Cárdenas was arrested and sentenced to 10 months in prison for smuggling arms. Federal authorities are now filing charges against Cárdenas Jr. for obtaining a firearm through foreign commerce. His father, Osiel Cárdenas Guillen, is currently serving 25 years in a maximum-security prison in Colorado on drug trafficking charges, related to his activities as the former leader of the Gulf Cartel. 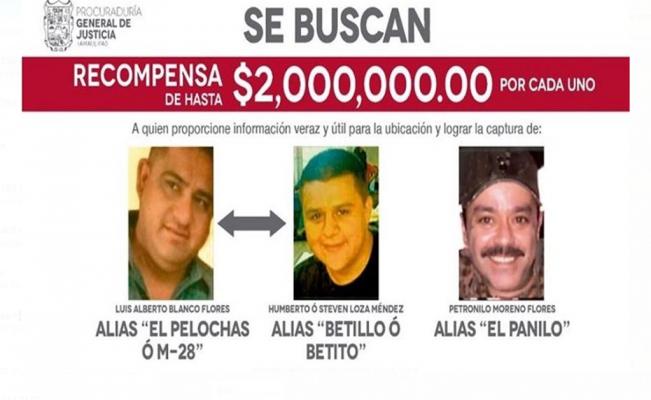 The alleged leader of the CDG in Reynosa, Tamaulipas was arrested in Querétaro by local and federal police. Luis Alberto Blanco Flores “El Pelochas” or “M28” was arrested on the morning of March 20, 2018 following a report of domestic violence.

Blanco Flores was reportedly part of a CDG faction known as Los Metros. Los Metros purportedly control a strategic stretch of land along the border of Texas and Tamaulipas labelled “La Frontera Chica.” In 2017, the Mexican Marines launched an operation against the organization leading to the death of their former leader, Julián Manuel Loiza Salinas “El Comandante Toro.” In response, Los Metros set fire to cars and set up 32 blockades throughout Reynosa, in a dramatic show of force. Loiza Salina’s death, apparently, provoked an internal power struggle between Blanco Flores, Humberto Loiza Méndez “Betito” and Petronilo Moreno Flores “El Panilo.” In January, the Marines murdered Loiza Méndez in Nuevo Laredo. Blanco Flores was purportedly left as the leader of Los Metros. Moreno Flores’s current role in Los Metros is unclear.  State authorities offered up to 2 million pesos for information leading to the arrest of Moreno Flores and Blanco Flores. His arrest occurred after he and Moreno Flores went underground to avoid capture.

Flores’s arrest comes a month after the arrest of José Alfredo Cárdenas “El Sobrino,” the alleged head of the CDG and nephew of the former head, Osiel Cárdenas Guillen. Cárdenas was released after a judge ruled that his arrest by the Mexican Maries was unlawful. According to the PGR, more than 700 members and major leaders of the CDG have been arrested. 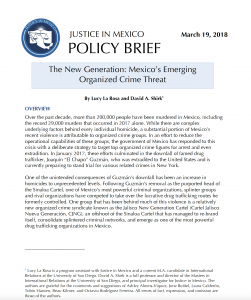