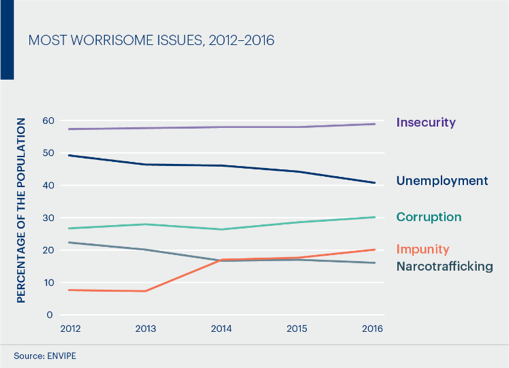 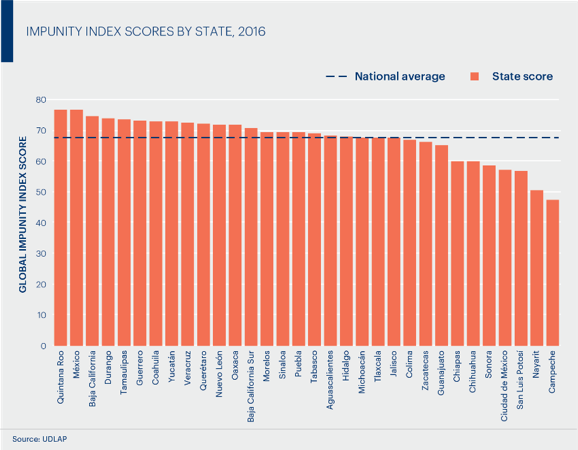 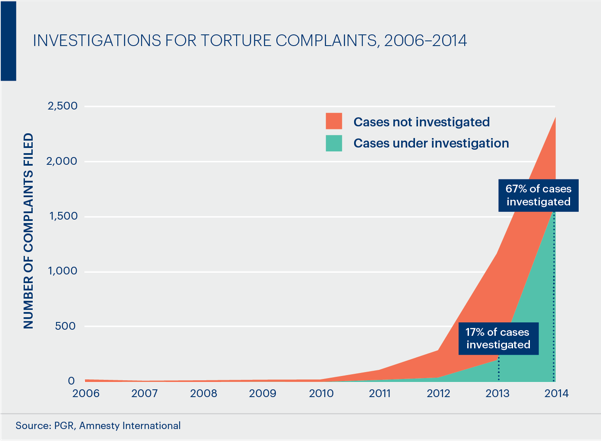 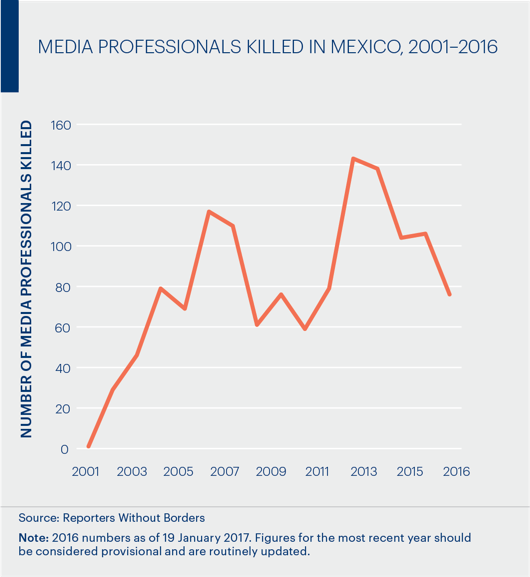 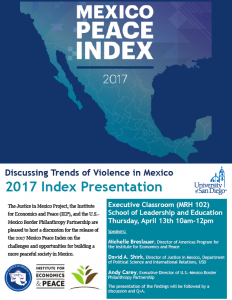 04/04/17-The Justice in Mexico Project, the Institute for Economics and Peace (IEP), and the U.S.-Mexico Border Philanthropy Partnership are pleased to host a discussion for the release of the 2017 Mexico Peace Index on the challenges and opportunities for building a more peaceful society in Mexico.

Discussing Trends of Violence in Mexico

The Mexico Peace Index (MPI), produced by IEP, provides a comprehensive annual measure of peacefulness in Mexico, aggregating and verifying available data. This year marks the MPI’s fourth edition, which analyzes trends in violence from the height of the drug war in 2011 through 2016, and calculates the economic cost of violence. The report aims to identify the key trends and drivers of peace, while highlighting policy opportunities.

The presentation of the report will be held at:

The presentation of the findings will be followed by a discussion and Q and A.

Speakers for this event include:

Michelle Breslauer, Director of Americas Program for the Institute for Economics and Peace

Michelle holds a master’s degree in Urban Studies from The London School of Economics and a bachelor’s degree in International Affairs from the American University of Paris.

David A. Shirk, Director of Justice in Mexico, Associate Professor and Director of the M.A. program in Political Science and International Relations at the University of San Diego.

David holds a Ph.D. in Political Science from the University of California, San Diego.

Andy completed his master’s degree in Latin American Studies and a bachelor’s degree in Political Science and Foreign Language at Purdue University.