06/02/19 (written by kheinle) — Oral trials (juicios orales) were one of the landmark features of Mexico’s New Criminal Justice System (Nuevo Sistema de Justicia Penal, NJSP). The introduction, incorporation, and institutionalization of such a critical component in the judicial system has required a significant amount of resources, including human capital, training, infrastructure, and financial investment. Three years since the NSJP was formally launched in June 2016, Mexican states and Mexico City (Ciudad de México, CdMx) continue to invest in developing the efficiency and effectiveness of oral trials. The successes of such efforts in several entities are described below. 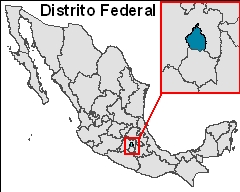 According to the Superior Court of Justice of Mexico City (Tribunal Superior de Justicia de la Ciudad de México, TSJCDMX), more than 7,600 hearings are held each month in the nation’s capital. This is in large part thanks to the 160 judges who oversee the proceedings and the 122 oral trial courtrooms in operation that are equipped with videotaping functionality.

The Executive Director of TSJCDMX’s Judicial Administration (Gestión Judicial), José Eligio Rodríguez Alba, commented on the positive impact that technology has had on the courts’ operations. “We utilize three technology systems,” he said. “The first is the system of judicial administration, which coordinates the various hearings throughout the different zones. There is also the central notification system, which helps to keep those involved in the proceedings informed of matters [pertaining to their case]. And lastly, we have video recording capabilities that capture all of the testimony, which impacts judicial expediency.”

Rodríguez Alba emphasized the impact that this system of shared work has had on oral trials. Allowing judges to focus solely on the courtroom proceedings by removing the administrative duties from their plates, he said, have made the courts and oral proceedings more efficient. 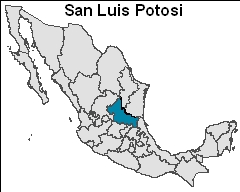 Judges and magistrates from the State Judiciaries of San Luis Potosí and Quintana Roo (Poderes Judiciales de los Estados, PJE) attended a training the week of May 20, 2019, titled “Competency-based Oral Resolutions and the Test of the Accusatory Penal System” (“Resoluciones orales basado en competencias y la prueba en el Sistema penal acusatorio”). The course, which was held in San Luis Potosí, was facilitated by representatives from Canada’s National Judicial Institute and the University of Ottawa.

The training focused on strengthening the oral trial system by making the proceedings more accessible to and better understood by the people of Mexico. It worked with judges and magistrates to use less technical language when overseeing courtroom proceedings and more common language instead. “To be able to communicate in simple language when speaking with community is what this new system of justice and oral trials are seeking to do,” said Magistrate Lucero Quiroz Carbajal of Mexico State’s Supreme Court of Justice (Supremo Tribunal del Estado de México, STEM) at the event. “The people will be able to understand the motives and reasoning for why a verdict was given towards a person, based on the legal determination.”

San Luis Potosí is recognized for its advances in implementing the oral trial system. Magistrate Quiroz noted that was part of the decision-making behind hosting the training there in May. 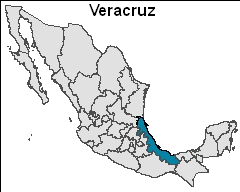 As part of the training, Hernández Villaverde referenced the success the courts have had in Mexico City with oral trials. This includes, he said, the 26 civil law judges and ten family law judges active in oral trials. He also shared the court’s plans to prepare 50 civil and 50 family law judges within the next year. At the end of the training, Hernández Villaverde encouraged participants in their own states to “be open to breaking the procedural [traditional] paradigm. We need more judges that have the courage to disrupt such paradigm and…that have the confidence in developing the judicial operators with the skills, ability, and technicalities of the oral trial system.” This, he concluded, would in turn expedite judicial proceedings.