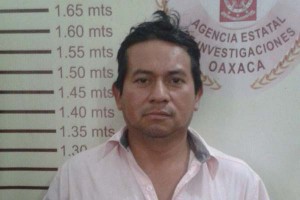 12/9/15 (written by alagorio) – On December 1st, it was reported that ex-mayor of Pluma Hidalgo, Pablo Pérez Ramos, was arrested on corruption and embezzlement charges. He is one of thirty-nine former mayors who are being investigated for embezzling public funds in the state of Oaxaca.

Pérez was the mayor of Pluma Hidalgo from 2008 to 2010. Tiempo en Linea reports that the Superior Audit of the State (La Auditoría Superior del Estado, ASE) explained that the city of Pluma Hidalgo did not submit accurate information that documented the spending of public funds in the years Pérez was mayor. There were numerous requests made for accurate documentation but there was never proper documentation filed by the year 2015. Also, there have been arrest warrants issued for thirty-nine ex mayors who have failed to account for public funds

The former mayor is accused of embezzling $7.1 million pesos, which is equivalent to $429,000 U.S. dollars. Mexico News Daily reports that the funds were intended for public works and projects to combat poverty in the state of Oaxaca. Óscar Rodríguez of Milenio.com reports that Pérez was arrested when he tried to file for legal protection in order to avoid being prosecuted for the charges against him.

Forty-five other mayors are being investigated in the state of Oaxaca. The arrest is a success in the process of rooting out corrupt politicians but sources like the Mexico News Daily report that 189 million pesos are still not accounted for.