Justice in Mexico and the University of San Diego School of Law invite you to a Keynote by:

01/21/15 – Justice José Ramón Cossío Díaz, a presiding member of Mexico’s Supreme Court, will be Justice in Mexico’s 2015 opening keynote speaker. Justice Cossío has written extensively on diverse topics including constitutional law, law and economics and moral theory, and has authored 21 books and has produced over 750 publications. At his public presentation at the University of San Diego, Justice Cossío will provide an overview of Mexico’s progress toward implementing this new criminal justice system and other issues related to the rule of law in Mexico. For those who care about achieving justice in Mexico, this is an event that should not be missed.

MCLE CREDIT:
University of San Diego School of Law is a State Bar of California-approved MCLE provider and certifies that this activity is approved for 0.75 hour of general credit.

This talk is free and open to the public. 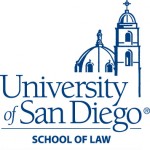