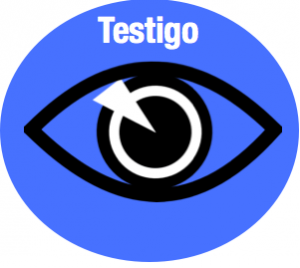 Assisting Victims of Persecution in Mexico

In recent decades, Mexico has experienced dramatic increases in violence crime and serious human rights violations. Since 2000, over a quarter million Mexicans were murdered. The violence has worsened significantly in recent years, especially. Since 2006, Mexico experienced an average of more than 20,000 people per year, which equates to more than 55 people per day, or just over two people every hour. No other country in the Western Hemisphere has seen such a large increase either in its homicide rate or in the absolute number of homicides over the last two decades. Studies by the Justice in Mexico program suggest that a significant portion of these murders are committed by organized crime groups, often operating with the knowledge and complicity of Mexican government and law enforcement officials.

Over the past several years, Justice in Mexico has provided pro bono expert witness testimony for persons who are fleeing violence and persecution in Mexico and seeking relief in the United States. To assist individuals that have been targeted for persecution in Mexico, the Justice in Mexico program’s Testigo project provides access to informational resources, offers pro bono expert testimony, and helps to advocate for better policies to assist asylum seekers.

Expert witness testimony draws on Justice in Mexico’s cutting edge research to help corroborate country conditions in Mexico in cases involving requests for relief of asylum, withholding of removal, and Convention Against Torture. This pro bono assistance is focused primarily on individuals that have a clearly demonstrated justification and limited economic means.

Typically, cases handled by Testigo pro bono expert witnesses involve victims that have suffered from serious crimes, systematic discrimination, and/or human rights abuses in Mexico. In such cases, remaining in Mexico or being removed from the United States would be very likely to put those persons in harm’s way. Testigo expert witness testimony has helped Mexican police officers who resisted corruption on the force, individuals targeted by organized crime groups that enjoy the protection of government officials, and LGBT persons who have suffered from a pattern of widespread societal abuse.