01/30/20- Justice in Mexico, a research-based program at the University of San Diego, released a working paper by Rita E. Kuckertz, entitled, “Forced Confessions: Tracking Torture and Mistreatment in Mexico’s Accusatorial Criminal Justice System.” This study examines the impact of Mexico’s 2008 criminal justice reform on the use of torture and cruel, inhuman, or degrading treatment by judicial sector operators as prosecutorial tools. Specifically, it analyzes how the reform has served to reduce the practice of utilizing torture and mistreatment to extract criminal confessions by imposing new constraints and incentive structures to re-shape the behavior of judicial actors. It employs data from two sources in order to determine whether or not the implementation of the Accusatorial Criminal Justice System (SJPA) has resulted in a reduced incidence of torture and mistreatment by judicial sector personnel. The results suggest that the reform can indeed be credited for small but meaningful reductions in torture, mistreatment, and forced confessions in Mexico.

The author hypothesized that the reform would be associated with decreased levels of torture in the judicial sector. Specifically, this study presumed that high subnational SJPA performance scores would be associated with reduced rates of torture by judicial sector officials in those states. Additionally, it was predicted that following the reform’s municipal implementation, detainee reports of torture and forced confessions would decline at a national level. While this research also hypothesized that states with higher SJPA performance scores would demonstrate greater reductions in reports of torture and forced confessions following implementation, it was not possible to confirm this conclusion due to insufficient data.

Still, result of the author partially confirmed the geographic hypothesis outlined above. Annual correlation and regression analyses between state reform performance scores and state-level rates of torture and mistreatment complaints against judicial sector operators did not produce significant associations from 2015 to 2017. However, analyses employing 2018 data yielded a significant relationship between the two variables, suggesting that the reform’s consolidation over time has had a positive impact on human rights in Mexico’s judicial system. Furthermore, insignificant findings from 2015 to 2017 may be explained by factors unrelated to the judicial reform. While it was beyond the scope of the study to identify other variables affecting the relationship during this period, the author hypothesizes that increases in drug war-related enforcement measures may have played a role.

Figure 7: Results of Chi-square Test and Descriptive Statistics for Reports of Torture and Mistreatment by Presence of Municipal Reform Implementation at Time of Arrest

Figure 8: Results of Chi-square Test and Descriptive Statistics for Reports of Forced Confessions by Presence of Municipal Reform Implementation at Time of Arrest

The author argues that regardless of these findings, the existing criminal justice reform may not be enough to address the epidemic of torture. Ms. Kuckertz posits that Mexico must also (a) improve official sources of data used to track cases of torture and mistreatment, allowing researchers to monitor the success of state efforts to reduce the practice; (b) explicitly and publicly condemn the practice, instituting appropriately severe penalties for those found guilty of such crimes; (c) establish strong protections for detainees and their families, banning the practice of detention without charge, or arraigo; and lastly, (d) remain steadfast in defending the criminal justice reforms amidst growing calls to revert to familiar judicial practices characteristic of one-party rule in Mexico. While these proposals are tied to Mexico’s broader challenges in addressing corruption, impunity, and capacity issues, they represent crucial steps toward the country’s democratic consolidation and the establishment of institutions that respect its citizens’ human rights.

Rita E. Kuckertz earned her Bachelor’s degree in Psychology and Spanish with an emphasis in Latin American Studies from the University of San Diego in 2015. She is currently a candidate for the Master’s degree in International Relations, also from the University of San Diego. Her research primarily focuses on human rights and judicial reform in Latin America, with a particular emphasis on Mexico. She has served as Program Assistant and Operations Coordinator at Justice in Mexico for over four years. 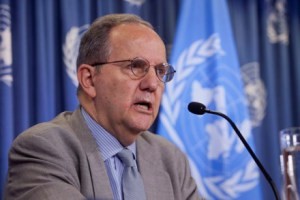 03/24/15 (written by otawka) — In early March, the UN Human Rights Council (UNHRC) released a report by the Special Rapporteur on Torture, Juan E. Méndez, as a result of his investigations in Mexico in 2014. The report was damaging to the Mexican Government, which is already under fire for human rights abuses. Recent events in Mexico, such as the disappearances of the 43 Ayotzinapa students, have brought extra scrutiny and international attention to the Mexican Government’s issues of corruption, forced disappearances, and use of torture by the authorities. In the report, Méndez stated that, “Torture and abuse are widespread in Mexico.” According to the UNHRC, Mexico’s National Human Rights Commission (Comisión Nacional de los Derechos Humanos, CNDH) reported receiving 11,608 complaints of torture and ill treatment between 2006 and April 2014, but civil organizations generally believe that incidents of torture are likely to be significantly higher than the number of cases reported. Méndez links the use of methods of torture such as beatings, rape, water boarding, suffocation, and electric shock to the Mexican Government’s efforts to combat the country’s drug cartels. He indicates that torture is used by Mexican authorities at all levels: local, state, and federal police, and armed forces. Méndez also reports that those detained are tortured in unknown and secret locations, without access to justice and without trial.

Last year, after the original investigation on torture by Méndez, the Peña Nieto administration pointed to a decline in the recommendations handed down by the CNDH regarding the matter as evidence that the situation is improving. Moreover, the CNDH reported a 30% decline in reported cases of torture between 2012 and 2013, crediting its own National Mechanism of Prevention of Torture in Mexico (Mecanismo Nacional de Prevención de la Tortura en México). Méndez acknowledged that this decline could be a result of fewer cases of torture, but stressed that it could also stem from victims’ underreporting of cases due to a lack of confidence in the authorities to respond. In 2012, the Mexican government reported to the U.N. Committee Against Torture that there have been only six verdicts for the offense of torture during the prior seven years. Furthermore, torture charges, when pursued, are often downgraded to charges of abuse of authority, misuse of public office, or unauthorized exercise of public authority.

In response to the release of the report this March, the Mexican government criticized the statements and claims made by Méndez. Jorge Lomonaco, Mexico’s ambassador to the UN and other international organizations, said in response to the report that the statement that torture is widespread in Mexico, “does not correspond with reality.” He also stated that the report by Méndez does not reflect the efforts of the Mexico to combat human rights abuses and that the incidents of torture were limited to a few cases. According to Milenio, this is third time Mexican government officials have criticized the UN’s for its statements about Mexico, including criticisms regarding a report released this February by the Committee on Forced Disappearances.

Méndez underlines the strong correlation between the use of torture and investigation and the fight against organized crime, including the deployment of armed forces to perform law enforcement functions, with the number of military personnel deployed reaching 50,000 in 2012. According to the report, among the cases of torture reported, between December 2012 and July 2014, the CNDH received 1,148 complaints of such violations attributable to the armed forces alone. The use of militarized law in Mexico continues today, with the use of over 32,000 military personnel still perform task usually assigned to civilian forces. 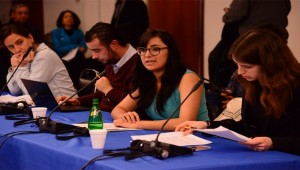 In his report, Méndez stated that torture is an everyday tool used by the authorities in Mexico to obtain confessions from detainees, such as social activists and journalists. Many reported being detained by men in plain clothes, sometimes hooded in unidentified cars and who produced neither warrants nor reason for arrest. Detentions last for days, they allege, often in unknown sites such as military bases. During detention, the whereabouts of those detained are not reported to others nor are detainees presented before judicial or ministerial authorities. The forms of torture allegedly used by Mexican authorities include, beatings, insults and threats, electric shock (usually to genitals), sexual torture primarily against women (including groping, rape, gang rape, and forced nudity, among others), asphyxiation with plastic bag, water boarding, and forced nudity, among others. Some victims died from torture or from extrajudicial killing or forced disappearances that followed the torture.

On March 20, members of civil organizations, such as the Miguel Agustín Pro Juárez Center for Human Rights (Centro de Derechos Humanos, Prodh), presented before the Inter-American Commission for Human Rights (IACHR) in Washington D.C. The organizations reported that there are at least 128 open complaints of sexual torture, which included sexual abuse, rape, rape threats, forced nudity, and use of misogynistic slurs on those detained. One case presented by Prodh was Yecenia Armenta, who was allegedly sexually tortured for 15 hours and was forced to confess to the murder of her husband. She was then detained for the two years in a correctional facility in her home state of Sinaloa. During the press the conference after the session ended, the civil organizations were outraged when the Assistant Attorney of Human Rights of Mexico’s Attorney General’s Office (Procuraduría General de la República, PGR) stated that they did not agree that the theme of the session was “sexual torture,” and asked that the terminology be changed to “sexual violence.” Some, including Prodh human rights attorney Araceli Olivos, believed it was a way for the Mexican government to evade the problem and not provide answers to state mandated acts of sexual torture.

One survivor of torture in Mexico, Claudia Medina, who is now a face of Amnesty International’s Stop Torture campaign and was among those women who denounced sexual torture in D.C. in March, spoke on her experience of being sexually assaulted while tortured in Mexico. Members of the Mexican Navy (Secretaría de la Marina, SEMAR) detained Medina in August 2012 in Veracruz, where she was tortured to get a confession incriminating herself and others for drug-related crimes. In February 2015, the last remaining charges against Medina were dropped and her claim of torture is now before the Federal Attorney General’s Office (PGR). “After this long process I had to go through I felt the need to become a human rights activist, to show that I’m not a criminal, as authorities portrayed me,” stated Medina. “I will not allow even one more woman to be tortured in Mexico.”

“UN Human Rights Visitor Comments on Torture in Mexico.” Justice in Mexico. May 31, 2014.

Méndez, Juan. “Report of the Special Rapporteur on torture and other cruel, inhuman or degrading treatment of punishment.” UN Office of the High Commissioner of Human Rights. December 29, 2014.

Machain, Mariano. “Justice in Mexico: ‘I will not allow even one more woman to be tortured in Mexico.’” Amnesty International. February 11, 2015.