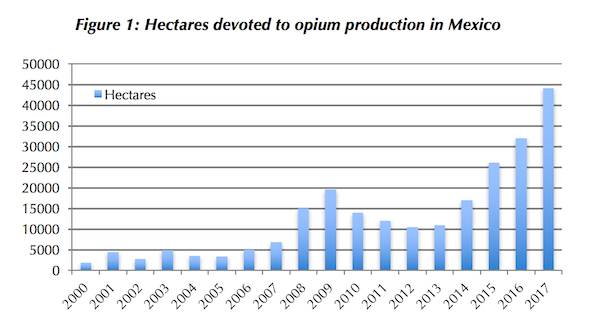 High-ranking state and judicial officials attended the grand opening. Nayarit’s Governor, Antonio Echevarría García, spoke to the role the Regional Center and other state and national institutions play in combatting corruption and impunity. President of the Nayarit Superior Court Ismael González Parra added that the Justice Center consolidates and streamlines the oral penal system in Nayarit. “…We are complying with commitments under Plan Mérida, an international security treaty established by the United States and Mexico to strengthen our institutions that procure and administer justice,” he said. The new center also complies with a state reform passed in September 2018, writes Periódico Express de Nayarit, that integrates representatives from the state’s executive and legislative branches in the Judicial Council (Consejo de la Judicatura). Ultimately, the center supports the advances made nationwide under Mexico’s New Criminal Justice System (Nuevo Sistema de Justicia Penal, NJSP).

Nayarit’s Justice Centers and the NSJP

Justice Centers play a critical role in Nayarit’s and Mexico’s decade-long judicial reform efforts. During the New Criminal Justice System’s eight-year implementation period (2008-2016), Nayarit was considered a post-reform adopter. In a 2015 special report, “Criminal Procedure Reform in Mexico, 2008-2016,” Justice in Mexico found that state level implementation efforts of the NSJP were fairly limited up until 2013. It noted that many states at that time were still behind in the process of meeting the June 2016 deadline to fully comply with the 2008 constitutional reforms. Nayarit’s State Congress then approved and launched oral adversarial trial reform in 2014, and the state has continued to make progress over the years towards executing the NSJP. Opening Justice Centers in 2016, 2017, and 2019 exemplify such efforts. 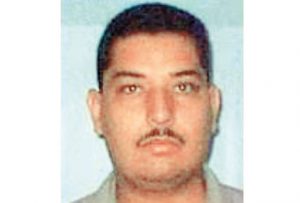 The joint operation between the federal, state, and municipal forces took place in Tepic, Nayarit. It came after months of intelligence gathering and close monitoring of an alleged Beltrán Leyva safe house in the town of Pantanal in the Xalisco municipality. According to a Mexican Navy official quoted in Proceso, federal forces began shooting after Patrón, who was armed with high-powered weapons, resisted arrest. A military helicopter then proceeded to open fire on the residence in which Patrón was hiding, resulting in the leader’s death and that of his accomplices. The Naval officer called the air support “dissuasive fire,” explaining that the helicopter’s firing power was used in accordance with its rules of engagement, “with the aim of reducing the level of aggression and reducing the risk of civilian or federal casualties.” No federal officials, members of the military or civilians were harmed during the operation

The following day, another alleged Beltrán Levya leader, Silva Gárate, was confronted in the community of El Ahuacate, also in Tepic, Nayarit. According to an anonymous source in the Mexican Navy who confirmed Silva’s shooting, members of the military intercepted the leader’s vehicle, as he fled the coordinated operation involving the Navy and Nayarit State and Tepic Municipal police. Gunfire ensued, resulting in Silva’s death and that of three of his cartel companions.

The loss of Patrón and Silva deals a significant blow to the Beltrán Leyva organization. The BLO is reportedly active in the northern state of Sinaloa and the southern state of Guerrero. Patrón had been allegedly leading the cartel since 2014 following the arrest of Héctor Beltrán Leyva and the death of Arturo Beltrán Leyva, previous BLO leaders. As chronicled by El Universal, Patrón then assumed control of the cartel alongside Fausto Isidro Meza Flores, “El Chapo Isidro,” though the latter was arrested the year later and subsequently extradited to the United States. For his part, Silva was the presumed lieutenant of the Beltrán Leyva territory in Nayarit under Patrón’s command.

The two-day operation against the BLO was carried out as part of the ongoing effort among the federal government, state governments, and municipalities in Mexico against organized crime. That it occurred in Nayarit is of particular interest, though, because that state had maintained one of the lowest levels of violent crime in the country. According to data from Mexico’s National System of Public Security (Sistema Nacional de Seguridad Pública, SNSP) reported in El Universal, Nayarit has seen the number of intentional homicides committed each year decline steadily from its peak in 2011 with 710 such cases to 83 in 2016