08/31/20 (written by kheinle) — Femicides continue to increase in Mexico, registering their highest monthly total on record. According to data from Mexico’s National Public Security System (Sistema Nacional de Seguridad Pública, SNSP), 101 cases were reported in June. This brought the total for the first six months of the year to 566. This comes on the heels of a 130% increase in cases of femicides documented from 2015 to 2019.

Mexico has long grappled with the problem of targeted killings of women. Nearly half (45%) of all women in Mexico reported being victims of violence at the hands of their partner, according to a 2018 survey by Mexico’s National Institute of Statistics and Geography (Instituto Nacional de Estadística y Geografía e Informática, INEGI). More recently, another 18% specified that they were victims of physical abuse. Since the pandemic began in March 2020, the National Network of Shelters, a group that supports at risk women and children, reported an 80% increase in calls and a 50% increase in the number of women and children to their shelters.

With the rise in femicide cases, there has been increased attention from national and international critics imploring the Mexican government to step up its efforts. However, the reaction from President Andrés Manuel López Obrador and his administration is mixed.

The Right to Demonstrate

On the one hand, the administration is at least superficially backing women’s rights and the public’s constitutional right to protest in support of protections for women. For example, following several demonstrations in Mexico City and León, Guanajuato in August, the president used his platform to denounce efforts to silence the public. He vocally supported the protestors’ right to protest, but urged them to do so peacefully. “We have to respect the right to dissent and the freedom to protest, to respect and to be tolerant, but more than anything to respect [the right],” he said. “There should not have to be repression.” [Author’s translation]. He then stressed upon demonstrators to protest and gather non-violently, drawing on non-violent icons like Gandhi and Martin Luther King, Jr. to drive home his point.

Yet President López Obrador has also come under fire for what protestors have long argued has been his insufficient response to the inequities that women face. In 2020, there have been numerous public protests denouncing the government’s ineffective and inadequate response to femicides. Critics argue that the president is dismissive of both the femicides and protests that have ensued this past year. He often undermines the severity of the issue, attributing the violence to a loss of values and morality, notes media reports. In fact, he recently claimed that “Mexican women have never been as protected as now,” a point against which demonstrators continue to push back.

Reports also show the López Obrador administration proposing to cut funding to women’s shelters in July of this year, the same shelters that support the women facing femicide, domestic violence, and other targeted violence. As The Guardian reports, in early July, “the government approved a 65% budget cut for the federal women’s institute, and the president has also proposed to withdraw state funding for women’s shelters operated by NGOs, suggesting that women fleeing violence could instead be given a cash payment.”

Justice in Mexico has looked extensively at femicides in Mexico, most recently as part of its publication, “Organized Crime and Violence in Mexico: Special Report 2020.” This also includes an analysis on the topic of international conventions to which Mexico is a signatory that are in place to protect women. For a breakdown of the legal context of femicide – what it is and what it is not – check out this post. For an overview on the civil unrest and protests in support of women’s rights and safety, there are also several write ups from March and July of this year. Finally, Justice in Mexico looked at the disproportionate dangers women face during the ongoing global pandemic, resulting in a rise in cases of domestic violence resulting from the “Stay Home” initiative.

We will continue to monitor and analyze the trends relating to femicide, its impact on women, and the society’s response. 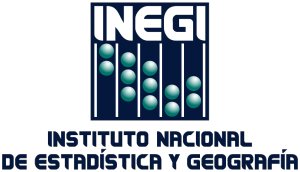