08/05/21 (written by rramos) – On July 22, journalist Ricardo Domínguez López was killed by a group of armed assailants in the parking lot of a shopping center in Guaymas, Sonora. At the time of his death, Domínguez López was director of local media outlet InfoGuaymas and also served as president of the Metropolitan Association of Independent Journalists of Guaymas and Empalme (Asociación Metropolitana de Periodistas Independientes de Guaymas-Empalme).

Back in March 2021, Domínguez López expressed fears over threats and harassment that he claimed he had been receiving from criminal groups. In a formal complaint filed with the federal Attorney General’s Office (Fiscalía General de la República, FGR), Domínguez López asserted that criminal elements were attempting to intimidate him and other journalists in Guaymas specifically because of their reporting. In the filing, he also lamented that although many media workers in the city had made numerous reports to various government agencies, journalists continued to receive threats, including from allegedly corrupt local officials such as the Guaymas public security commissioner.

The July 22 killing in Sonora follows a recent string of violent incidents targeting journalists and other media workers. On July 19, just days before Domínguez López was killed, radio broadcaster Abraham Mendoza died after being shot at point-blank range as he exited a gym in Morelia, Michoacán. Mendoza had become well-known in the Morelia area for his work on a radio news talk show in which he often criticized politicians, including some with ties to President López Obrador’s ruling National Regeneration Movement (Movimiento Regeneración Nacional, MORENA) party. Similar to Domínguez López’s murder, Mendoza’s killing also attracted widespread attention, including a statement from the director-general of the United Nations Educational, Scientific, and Cultural Organization (UNESCO).

According to Animal Político, several other journalists throughout Mexico have also been murdered in 2021 so far, including cases in Coahuila, Mexico State, and Oaxaca. Along with homicides, disappearances represent another serious danger for media workers. This year alone in Domíguez López’s state of Sonora, two journalists—Jorge Molontzín and Pablo Felipe Romero Chávez—both went missing in March and have yet to be located.

There have been some high-profile successes in resolving acts of violence against journalists recently. This includes the sentencing in June 2021 of one of the participants in the murder of Sinaloa journalist Javier Valdez and the February arrest of former Puebla Governor Mario Marín Torres in connection with the 2005 torture of investigative reporter Lydia Cacho. Nevertheless, the series of killings and disappearances of media workers this year has compelled journalists to demand greater protections, including more police protection for them and their families.

Days after the Domínguez López homicide in Guaymas, media workers from throughout Sonora, including photographers, camerapersons, reporters, and others also marched towards the offices of the state Attorney General’s Office (Fiscalía General de Justicia del Estado, FGJE) in Hermosillo. There, the protestors delivered a document to Sonora Attorney General Claudia Indira Contreras calling for government officials to either redouble their efforts in investigating and prosecuting crimes against media workers, or resign.

The exasperated response from journalists in the wake of these most recent aggressions appears to be justified. A 2020 report issued by the Reporters Without Borders found Mexico to be the deadliest country for journalists. According to the international non-governmental organization Artículo 19, at least 139 media workers in Mexico have been killed since 2000 for reasons related to their profession. Of these, 43 were murdered during the administration of current President López Obrador, according to data from the federal Secretary of the Interior (Secretaría de Gobernación, SEGOB). If authorities fail to heed calls for more meaningful actions to safeguard journalists and hold perpetrators of violence accountable, freedoms of expression and access to information may continue to be further jeopardized in the future. 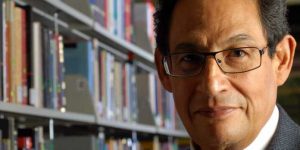 Renowned Mexican journalist and social activist, Sergio Aguayo, has been sued by former Governor of Coahuila and former President of the Institutional Revolutionary Party (Partido Revolucionario Institucional, PRI), Humberto Moreira Valdés, for alleged moral damage to his reputation from an opinion piece published by Aguayo in January 2016.

8/9/16 — On July 15th, renowned Mexican journalist and social activist, Sergio Aguayo, was sued by  former Governor of Coahuila and former President of the Institutional Revolutionary Party (Partido Revolucionario Institucional, PRI), Humberto Moreira Valdés, for alleged moral damage to his reputation from an opinion piece published by Aguayo in January 2016. The article, which called Moreira corrupt and an “example of impunity,” was published shortly after Moreira was arrested in Spain for alleged ties to organized crime and money laundering. Moreira was released a week later by Spanish authorities due to lack of evidence.

Sergio Aguayo is a well-known Mexican journalist and human rights activist who grew up in Guadalajara. He has taught at various universities in Mexico, Europe, and the United States, including ties to the University of California-San Diego and Harvard University. He appears regularly on television programs to discuss politics and publishes articles weekly for several newspapers in Mexico including Reforma. He is well known for his academic work on Mexican politics and law enforcement, including his books La transición en México and La Charola.

The former Governor submitted a petition on June 28, 2016 demanding $555,000 (USD) and a public apology from Aguayo for publishing the opinion piece. The petition was admitted by the 15th Civil Court of Mexico City (Juzgado 15 de lo Civil del Tribunal Superior de Justicia del Distrito Federal (TSJDF)) on June 30, 2016. Aguayo hypothesized on his personal website that Moreira has come after him because he is researching the 2011 Allende massacre that occurred in Coahuila. Moreira was Governor of the State of Coahuila from December 1, 2005 –  January 4, 2011. The massacre led to the disappearance of more than 300 people as a result of Los Zetas organized crime activity in the area. On Sergio Aguayo’s website, he also questions why the former Governor brought charges against him nearly six months after the article’s original publication and why Moreira targeted him when several other journalists have made similar assertions about Moreira’s character. Aguayo claims Moreira is using the lawsuit as an intimidation tactic.

Political pressure and violence targeting journalists in Mexico has attracted significant attention in recent years. High profile journalists like Carmen Aristegui have been fired due to critical investigations of the Mexican government. Also, Mexico is frequently cited as one of the most dangerous countries in the world for journalists. More than 11 journalists have been murdered since 2014 and many others are regularly intimidated, censored, and directly attacked. The lawsuit against Aguayo has been denounced by numerous academics and several human rights organizations, including Amnesty International and the Freedom House, claiming that it is unacceptable to use intimidation tactics to hinder freedom of speech by journalists.

The Mexican online forum El Palenque has started a petition for those interested in supporting Sergio Aguayo, and a legal defense fund has been created by Justice in Mexico in Aguayo’s name for those who wish to help defray the cost of legal fees incurred by the lawsuit.