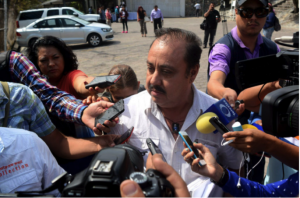 9/6/16 —Less than two months ago, on July 23, two of Mexico’s mayors and one vice mayor were killed in seemingly unrelated attacks. The first case is of Ambrosio Soto Duarte, Mayor of Pungarabato—a small town in Guerrero. He was allegedly killed while driving on a freeway in Michoacán when two pickup trucks stopped his car, leading to a shootout between the two parties. The shootout ultimately led to the death of Soto Duarte.

The second case occurred on the same day when Mayor of San Juan Chamula, Domingo López González and the Vice Mayor Narciso Lunes Hernández were meeting with a group of residents, when armed men shot into the crowd, ultimately killing both the mayor and vice mayor. The shootout resulted in the death of three other individuals and the injury of twelve community members.

Following the killings on July 23rd, the Mayor of Huehuetlan El Grande, José Santamaria Zavala was found dead on August 3 of last month with gunshot wounds alongside his truck, which also had visible signs of gunshots. According to El País, the truck was abandoned at a highway near his municipality in the state of Puebla and appeared to have been placed there after he was already killed. 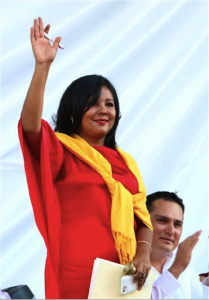 These murders are not the only recent attacks on local elected officials. This year alone began with the murder of Mayor Gisela Mota on January 2, just hours after she was sworn in as the Mayor of Temixco, a city outside of Mexico City. In fact, it is estimated that in 2016, more than eight mayors have been murdered in Mexico. According to the National Association of Mayors in Mexico (Asociación Nacional de Alcaldes de México, ANAC), 41 active mayors, 6 elect, and 32 previous mayors have been murdered since the announcement of the Mexican War on Drugs in 2006. As a result, ANAC is now calling for the Mexican government to take active steps to protect public officials in the country.

In response, the Latin American Advisor recently asked government officials, policy experts, and scholars to share their insights on what the Mexican federal government should do to protect local officials from organized crime related attacks. The publication also asked experts to evaluate the degree to which organized criminal groups have impaired Mexico’s democratic institutions and the severity of Mexico’s situation compared to peer countries.

Octavio Rodríguez and Dr. David Shirk of the Justice in Mexico program, both experts on rule of law and security issues in Mexico, affirmed that these repeated homicides targeting local officials reveal a “concern that affects governance, threatens the democratic process, and undermines the rule of law.”

Specifically, Rodríguez and Shirk explain that although Mexico has passed numerous reforms promoting the rule of law over the past decade, impunity remains a core obstacle to the country’s democratic process. Particularly, there still exists a lack of established mechanisms backing these reforms that would allow criminals to be brought to justice or that would prevent corruption.

However, in an effort to deter such impunity and prevent the future targeting of local officials, both Rodríguez and Shirk advocate for the promotion of accountability and a sustained focus on improving judicial and security reforms. For instance, the experts note that there are currently no laws protecting public servants from violence—particularly at the local level.

Overall, Rodríguez and Shirk note that while Mexico is currently experiencing serious security challenges, overall violence is still relatively lower than in several other countries in the Western hemisphere. However, as Mexico has experienced a significant increase in the rate of homicides and organized crime over the past decade, the experts stress that the country must exhibit a “sincere commitment” to evaluation efforts and law enforcement reforms in order to see improvements.

“Should Mexico do More to Keep its Mayors Safe? Latin America Advisor. August 5, 2016.