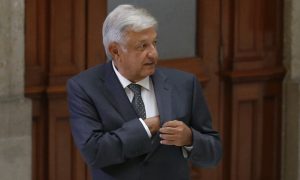 07/07/19 (written by kheinle) — Fiscal austerity continues to be a major priority for the López Obrador administration as it moves into its second half of its first year in office. President Andrés Manuel López Obrador’s campaign promise was to decrease governmental expenses and run a more financially sound office. Recouped funds from such efforts are now being reinvested into low income areas through social programs, crime and violence prevention, infrastructure, pensions for senior citizens, and scholarships for students, writes Reuters.

President López Obrador’s approach to cut government spending has been multi-pronged, as described below.

The president also praised a ruling from the Supreme Court (Suprema Corte de Justicia Nacional, SCJN) in January 2019 that limited what members of the public sector and judiciary can earn. The law (Ley de Remuneraciones de los Servidores Públicos) reduces Supreme Court justices’ salaries by 25%. This is in line with President López Obrador’s campaign commitment that no public sector worker shall earn more than the president unless in special circumstances. For its part, the Supreme Court noted that its decision was “part of a new policy of austerity” that emanated from its then-recently elected Chief Justice who began his term in early January 2019. 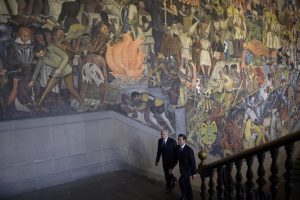 President López Obrador is also cutting government expenses by downsizing his place of residence. Over the summer of 2019, the president plans to relocate for a second time since taking office in December 2018. At that time, he moved from the former presidential residence into his family’s town house on the south-side of Mexico City. The old presidential residence has since been converted into a center for the arts.

Now the president will live in an unused office apartment in the historic National Palace in downtown Mexico City. The move will not only save funds by consolidating efforts, but will also help him avoid the challenging daily commuter traffic in and out of Mexico City. “The president, who holds a 7:00 am news conference every weekday morning [in the National Palace], already sleeps over at the office sometimes,” writes The Associated Press.

President López Obrador has committed to keeping the National Palace open to tourists and to preserving the historic Diego Rivera murals onsite.

In addition to cutting salaries and downsizing residencies, President López Obrador is also working to bring in more government funds. One of the ways in which he is doing so is by auctioning off high-end government items and resources. In June, the president outlined his plan, for example, to sell the presidential airplane, the value of which is estimated at $150 million (USD). Proceeds from the sale will be used to offset the rising costs required to implement Mexico’s plan to curb immigration, which has been a hot topic of late between Mexico and the United States. More than 50 other governmental helicopters and planes are also being sold, according to Animal Político. 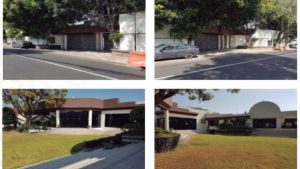 The López Obrador administration also began auctioning off properties and luxury items seized from drug trafficking organizations, cartel leaders, and even politicians. A live auction held in June saw 27 properties up for bid, including “houses with swimming pools and escape tunnels, a ranch surrounded by hectares of land and a luxury apartment with a grisly history,” writes Reuters. Almost $3 million (USD) was raised off of the nine properties that actually sold. An auction held the month before that featured a Lamborghini and similar assets netted the government $1.5 million (USD).

Funds raised are being committed to supporting marginalized and low-income communities, such as those in the State of Guerrero that benefitted from June’s auction. “[Buyers] will know that in addition to acquiring a good, they will also be doing good, that is, they will be helping those who need support because of the situation of poverty and marginalization they suffer,” the president said.

President López Obrador’s focus on fiscal austerity continues to play out in his first year in office. By decreasing government expenses and increasing revenue directed towards supporting social good and the common people, he is working to fulfill his populist campaign promise.

“Mexican president to move from home to office apartment.” The Associated Press. June 27, 2019.