01/26/21 (written by rramos) — On January 14, Mexico’s Attorney General’s Office (Fiscalía General de la República, FGR) announced in a press release that it would not prosecute General Salvador Cienfuegos Zepeda, the country’s former defense minister who had been accused by authorities in the United States of collusion with drug trafficking organizations. In absolving the retired Army general of the allegations, the FGR affirmed that Cienfuegos never had any contact with members of the criminal organization that U.S. authorities had cited in court documents related to his October 2020 arrest, nor did he ever carry out any action aimed at protecting or helping said individuals. The FGR also stated that an analysis of Cienfuegos’s financial records did not reveal any discrepancies or indications of illegal income. This comes after U.S. prosecutors unexpectedly dropped all drug trafficking and money laundering charges against Cienfuegos and returned him to Mexican custody for further investigation in November 2020. The arrest of Cienfuegos by U.S. authorities a month prior was reported to have outraged Mexican officials, including President Andrés Manuel López Obrador, purportedly because the U.S. had never informed them about the investigation being conducted against the former general.

In reaction to the announcement that the Mexican government would not pursue prosecution, the U.S. Department of Justice (DOJ) said it was “deeply disappointed” and added that it “fully stands by its investigation and charges in this matter”. U.S. officials also sharply criticized a move by Mexico’s Foreign Ministry (Secretaría de Relaciones Exteriores, SRE) to publish 751 pages of evidence against Cienfuegos that U.S. authorities had collected and subsequently shared with Mexican counterparts. A spokesperson for DOJ stated that the SRE’s public release of investigative documents, apparently done on President López Obrador’s instructions, “violates the Treaty on Mutual Legal Assistance between Mexico and the United States, and calls into question whether the United States can continue to share information to support Mexico’s own criminal investigations.”

President López Obrador seemed to shrug off the heated U.S. response at a January 18 press conference, in which he slammed the U.S. Drug Enforcement Administration (DEA) investigation into Cienfuegos’s alleged ties to organized crime. Asserting that the evidence against Cienfuegos was fraught with “contradictions” and “errors,” President López Obrador argued that documentation provided by DEA did not prove any of the U.S. accusations because it relied too heavily on “screenshots” and written messages with spelling errors that could not be attributed to the former defense minister. At another press conference days later, the president again alleged that the DEA had “fabricated” evidence against Cienfuegos, a claim he had reiterated several times since the FGR announced it would not move forward with criminal charges.

The swiftness in clearing Cienfuegos of the allegations against him has raised fresh concerns about the enduring ability of Mexico’s military to influence the fight against corruption. Speaking to InSight Crime, Siria Gastelum of the Global Initiative Against Transnational Organized Crime noted that the speed at which Mexican authorities were able to exonerate Cienfuegos would inevitably cast doubt on the government’s capability and willingness to properly investigate accusations of wrongdoing within the military. Indeed, at the time of the U.S. decision to drop charges against Cienfuegos in November 2020, observers in both Mexico and the United States expressed worries that the political weight of the Armed Forces would ultimately allow a high-ranking military official like Cienfuegos to escape persecution. Catalina Pérez Correa, a criminal law professor affiliated with the Center for Research and Teaching in Economics (Centro de Investigación y Docencia Económicas, CIDE) think tank, predicted that the former defense minister would not face charges upon his return to Mexico, citing the military’s ever-increasing influence within the government and long record of impunity. Mike Vigil, a former chief of foreign operations for the DEA, agreed, telling the Los Angeles Times that Cienfuegos’s “chances of being prosecuted in Mexico [were] slim to none.”

It was widely reported that the López Obrador administration’s vigorous efforts to have Cienfuegos returned from U.S. custody and the subsequent decision to quickly clear him of all charges were the result of strong pressure from the military. This suggests that the Armed Forces will continue to be in a position to impede genuine investigations into other high-profile cases of alleged military corruption, such as the 2014 disappearance of 43 students in Ayotzinapa and the killing of civilians in Tlatlaya that same year, both of which occurred during Cienfuegos’s tenure as defense minister.

The ongoing fallout from the Cienfuegos case may have wide-ranging implications for security cooperation between Mexico and the United States moving forward. Arguably the most important and immediate challenge to bilateral security ties is the recently passed reform to Mexico’s National Security Law that was largely the result of Mexican anger over the United States’ unilateral decision to arrest Cienfuegos. The reform severely restricts the ability of foreign law enforcement officers, including U.S. DEA agents deployed in Mexico, to operate within the country by imposing strict authorization requirements for meetings with contacts in Mexican law enforcement. In addition, it requires them to share “any and all security-related intelligence” with Mexican officials. Notably, the new law also eliminates diplomatic immunity for foreign agents, leaving them vulnerable to prosecution if they fail to abide by the new regulations.

When combined with these new operational restrictions, the Mexican Foreign Ministry’s aforementioned publication of investigative materials provided by the DEA regarding Cienfuegos’s alleged links to criminal groups may significantly lessen the willingness of the United States to continue exchanging intelligence with Mexico. This would represent a serious deterioration in bilateral security cooperation, in which information-sharing has long been a central pillar.

At the center of the uncertainty regarding the future of U.S.-Mexico security ties is a fundamental breakdown in mutual trust. The decision by the López Obrador administration to push for new restrictions on DEA agents in Mexico even after the U.S. had dropped charges against Cienfuegos was viewed by Washington as a duplicitous act. The subsequent hasty exoneration of Cienfuegos, the release of DEA documents, and persistent accusations of fabricating evidence have only compounded the strains in the bilateral relationship. Both countries can take concrete steps to begin to rebuild confidence and ease the tension that has arisen from the ongoing Cienfuegos saga. Such measures will be crucial to security on both sides of the border given the transnational nature of threats facing the two countries. 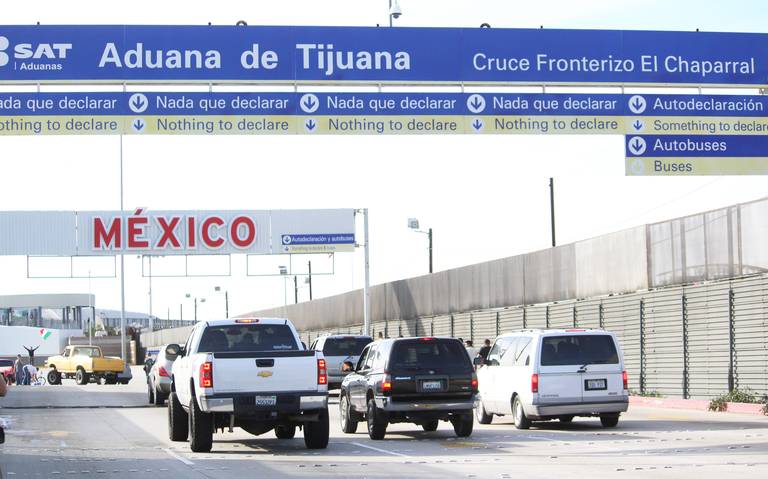