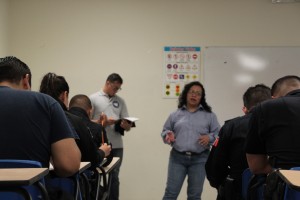 Thanks to the support of the Open Society Foundation (OSF), Justice in Mexico and our partner organizations—the Instituto para Democracia y Seguridad, the Universidad Autónoma de Baja California, the Universidad de Guadalajara, the Wilson Center’s Mexico Institute—successfully deployed the first independent survey of the Tijuana police department,  as the third municipal police survey in the “Justiciabarómetro” (Justice Barometer) series. Having surveyed around 1900 members of the Policia Municipal de Seguridad Pública, this represents a response rate of about 90% of the department’s operational and administrative personnel, surpassing the rates from our previous surveys in Guadalajara (2009) and Ciudad Juarez (2011). Justice in Mexico will be analyzing the data and will present findings and results in the coming months.  The final report is anticipated in early 2015. This survey complements previous qualitative studies by Daniel Sabet and others, as well as a forthcoming targeted health survey of Tijuana police officers conducted by UCSD earlier this summer, also with OSF support. 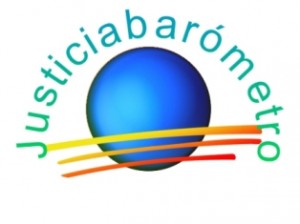 The Justice in Mexico Project’s “Justiciabarómetro” research initiative is a systematic attempt to gauge the current levels of professional development and attitudes among actors currently operating throughout the Mexican justice system, including police, prosecutors, public defenders, and judges. Working with U.S. and Mexican academics and experts, this initiative seeks to help evaluate the professional development of actors operating within the justice sector, the functioning of the judicial system, and their general perceptions and opinions on related topics. The intention of this effort is to help provide useful baseline measures for the purpose of future benchmarking and evaluation of the Mexican judicial system.