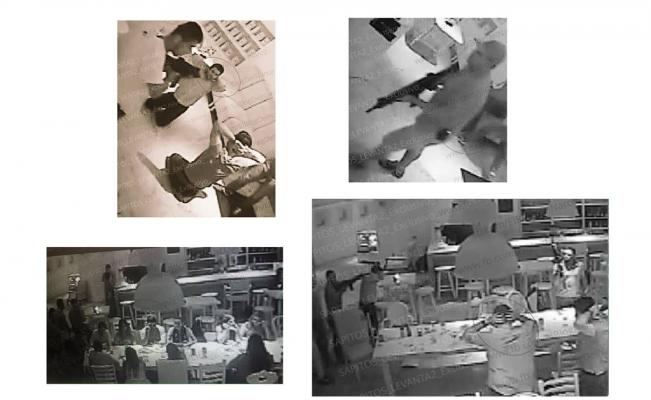 Images of the kidnapping of El Chapo’s sons, Iván and Jesús, captured on camera at La Leche Restaurant. Source: EFE.

08/29/16 (written by kheinle) — The turf battle between the Jalisco New Generation Cartel (Cartel de Jalisco Nueva Generación, CJNG) and the Sinaloa Cartel has heated up recently. The rivalry is likely one of the driving factors behind the uptick in the number of drug-related homicides in Mexico, as described below. Yet it also has played out in more high profile incidences, such as the CJNG’s kidnapping or potential involvement in the murder of several family members of the Sinaloa Cartel’s leaders, sending a clear message to kingpins Joaquín “El Chapo” Guzmán and Ismael “El Mayo” Zambada.

The first incident happened on Monday, August 15 when CJNG gunmen brazenly kidnapped El Chapo’s sons, Iván Archivaldo Guzmán Salazar (33) and Jesús Alfredo Guzmán Salazar (29), along with four others at La Leche restaurant in the tourist zone of Puerto Vallarta. The brothers’ decision to enter rival territory may have played a role in the kidnapping given Puerto Vallarta is known as CJNG territory. The New York Times quoted former director of Mexico’s intelligence services Guillermo Valdes on the matter: Their decision “…[is] a grave error that is going to cost them a lot, either in life or in a very costly negotiation.  If you’re in a fight with these gentlemen of the Jalisco New Generation, you don’t go to their territory without bodyguards.” It was not clear at first if Iván was one of the kidnapping victims, but a report from federal sources and the Río Doce weekly news outlet later confirmed that he was. The kidnappings were also more than likely a challenge to El Chapo, as an attempt to demonstrate the kingpin’s weakened alleged stature behind bars in Ciudad Juárez. El Chapo was arrested for the third time in Mexico in January 2016, and previously in 2001 and 2015; he currently awaits possible extradition to the United States. In the meantime, El Mayo Zambada has taken over control as the leader of the Sinaloa Cartel. 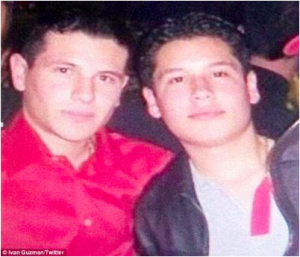 Just days after Iván’s and Jesús’ release, reports then revealed that the family of El Mayo had been targeted. According to the Sinaloa State Attorney General’s Office (Procuraduría General de Justicia del Estado de Sinaloa, PGJE), Édgar Juvanny Parra Zambada (42), El Mayo’s nephew, was gunned down in Culiacán alongside an individual known as Juan “N” (43). Authorities have not confirmed the CJNG’s role in the attack although their involvement may be likely given the upswing in fighting between the cartels.

As Justice in Mexico wrote in its 2015 “Drug Violence in Mexico” report, the CJNG, led by Nemesio Osegera Cervantes, “El Mencho,” formed in 2010 after the death of Ignacio “Nacho” Coronel, who had been the leader of the Sinaloa Cartel in Jalisco, which left a power vacuum in the region that several criminal groups scrambled to fill. The group emerged as the predominant force in Jalisco thanks in large part to its ties with the Milenio Cartel, the organization that dominated Michoacán prior to the rise of the La Familia Organization and the Knights Templar Organization, which effectively took over that state in the 1990s and early 2000s. The CJNG struck off on its own and has had held a strong presence in neighboring Michoacán since 2000. It has expanded east from Jalisco and Michoacán to Veracruz, details The New York Times, and has more recently attempted to push further into Sinaloa Cartel territory by going north into Baja California Sur and along the border, which has escalated levels of violence in those respective areas.

In fact, according to data released from Mexico’s National System of Public Security (Sistema Nacional de Seguridad Pública, SNSP), there were more than 2,000 homicides nationwide in July 2016. Mexico Security Initiative Fellow Stephanie Leutert at the University of Texas at Austin and contributor to the blog Lawfare, writes that this number is “25 percent higher than [in July 2015] and the most violent month in Enrique Peña Nieto’s presidency.” Still, Leutert notes that it is difficult to pin that increase on one cartel’s actions or a feud between several. However, “it’s clear that there seem to be power shifts—or at least attempts at power shifts—taking place across Mexico’s criminal landscape as various groups jockey for territory and power.” It will therefore be interesting to monitor how the situation between the Sinaloa Cartel and Jalisco New Generation Cartel further unfolds in coming months.