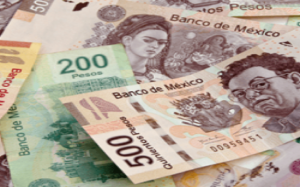 06/01/18 (written by Quinn Skerlos)- In the shadow of its most violent year in decades, Mexico experienced economic challenges and a downturn in economic growth rates. As the country faced an average of 80 intentional homicides per day in 2017 (El País), CNN reports that Mexico’s economic growth rate also fell almost a full percent, while 2% GDP, rising interest and inflationary rates show more signs of economic trouble. While levels of rising violence cannot be held fully accountable for this period of economic contraction- as lengthy NAFTA negotiations and widespread distrust in electoral processes also play a part- the Mexico Peace Index has suggested that violence is an obstacle for the Mexican economy.

According to the American Chamber of Commerce of Mexico, companies are consistently tasked to deal with the threat of theft, extortion, and violent attacks against their employees and supply chains. Mexican companies, such as “Grupo Lala,” closed distribution centers in states with high crime and intentional homicide rates like Tamaulipas.

In Guerrero, another state grappling with high homicide rates, the Coca Cola bottler, Coca-Cola FEMSA, closed a major distribution center. The firm previously employed 160 people at that location. FEMSA may be a major international business player, but most small and medium companies face similar challenges. According to Canacintra, a Mexican industry association, in recent years approximately 6% of annual revenue goes into defense for these small and medium sized firms. FEMSA pinned the violence on “a lack of rule of law and the prevalence of impunity (Associated Press).” According to Consejo Coordinador Empresarial (CCE), “high levels of violence have become the greatest obstacle to economic activity,” ultimately impeding economic activity across Mexico and heightening the risk workers face in their everyday occupations (Reuters).

International investment in Mexico is has also been impacted. Just recently, in the state of Chihuahua, Canada’s Pan American Silver Corp scaled down operations after a series of threats by armed groups against employees. A large number of employees were sheltered in the mine over the weekend of May 25-27, while others were airlifted out. As workers are impeded from getting to job sites, large and local companies deal with threats and broken supply chains, multinational firms potentially reconsider investment in Mexico. While this incident highlighted the challenges for international companies operating in Mexico, Mexico’s nationalized companies, such as Mexican Petroleum (Petróleos Mexicanos, PEMEX), have faced similar dilemmas. It is estimated that the theft of oil and gas from PEMEX is equal to about one billion dollars annually. 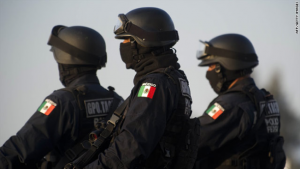 According to a recent Pew Research poll, in 2017, Mexicans were generally unsatisfied with their country’s progress. The ruling party, Institutional Revolutionary Party (Partido Revolucionario Institucional, PRI), presidential candidate is sitting behind the pack in a distant third place. The emergence of a new popular party in the recent elections might show a dissatisfaction with the status quo. A 2018 Bloomberg poll shows that the leadership of Mexico will likely change after the upcoming election. What that means for the rule of law and the economy in Mexico is still unknown.