06/30/20 — Justice in Mexico, a research-based program at the University of San Diego, released a working paper by Héctor Esteban García García entitled, “¿Dónde están los datos? Reflexiones, conclusiones y retos en la compilación de indicadores de desempeño del Sistema de Justicia Penal Acusatorio.” The study is a result of the #encifras project that compiles a series of indicators curated by Justice in Mexico as part of the “Justicia en Marcha” initiative to measure the Accusatorial Criminal Justice System (Sistema de Justicia Penal Acusatorio, SJPA). Specifically, it analyzes the process of collecting such information and the conclusions that can be drawn from the data. It then highlights the challenges that the SJPA faces and offers several recommendations on ways to strengthen the system’s evaluation process. The results suggest that although some information is sufficiently shared, there is room for improvement. If tracking and reporting was completed on time and in full, it could ultimately strengthen the functioning of the SJPA.

García García describes the complex process employed to gather information related to the functioning of the SJPA. This consisted of identifying 49 indicators that could be used to track the use of specific penal system tools. This included indicators that reflect acts from the crime reporting stage, those that occurred during mediation or restorative justice when the case is not funneled through the whole judicial process, and those that occurred during the court stage (e.g., investigations initiated, oral trials, and courtroom sentences). He drew information on these indicators from 77 public documents spanning 20 Mexican states. He also conducted a series of information requests from the 33 attorney generals or public prosecutor’s offices, and from the 33 judiciaries (both state and federal). Additionally, from April 2018 to July 2019, García García filed requests, which led to 309,141 pieces of data submitted pertaining to the SJPA between 2012 and 2019. This allowed Justice in Mexico to create a robust dataset from which he could analyze the SJPA.

The working paper analyzes who actually shared information, from where, when, and in what quantity. Ultimately, 73% of attorney generals and public prosecutor’s offices and 76% of judiciaries submitted the requested data. Because a quarter of respondents did not share disaggregated information, the author had to aggregate the information using the common denominator to standardize the indicators. By lumping the indicators all into one state-wide yearly total, as 25% of the states did, this prohibits one from analyzing the SJPA’s functioning at the judicial district level based on each indicator. This ultimately hampers one’s ability to evaluate the SJPA and to make necessary improvements or modifications to strengthen the system.

García García also highlighted the everchanging capacity and availability of judicial system operators to be able to respond to such information requests. Additionally, those that do respond oftentimes do not use consistent reporting mechanisms, thus making it difficult to analyze data trends over time. For example, the Aguascalientes’ Judiciary only reported 15% of information requested during the first solicitation, but jumped to 51% by the fourth. The State of México similarly increased from 30% reporting to 90% by the end. Other states’ reporting fluctuated, too, but in the reverse, going from higher reporting during the first few solicitations and dropping considerably over time.

Finally, the author noted that much of the data submitted was not detailed enough to allow for the sufficient evaluation of SJPA indicators. This included information pertaining to the use of pre-trial detention (prisión preventiva) and the lack of detail by some states on alternative justice methods used, such as mediation, reconciliation, and restorative justice, all of which are key components of the SJPA.

From the data collected, García García concluded several points about the SJPA’s use, functioning, and effectiveness throughout Mexico.

Given the conclusions drawn from the data collected, García García identified three main challenges that face the SJPA.

The author offered three key reflections at the conclusion of the Working Paper.

Héctor Esteban García García is a Mexican lawyer native from Aguascalientes. He graduated from the School of Law at the National Autonomous University of Mexico (UNAM) and is currently enrolled in a graduate program on Justice, Victims, and Peace Building at the National University of Colombia. He has collaborated with non-governmental organizations dedicated to human rights training and analysis of the criminal justice system in Mexico and has actively collaborated at UNAM’s Human Rights Program. Since 2016, he is a Research Associate at University of San Diego’s Justice in Mexico. His academic and professional interests include criminal justice, transitional justice, and human rights. 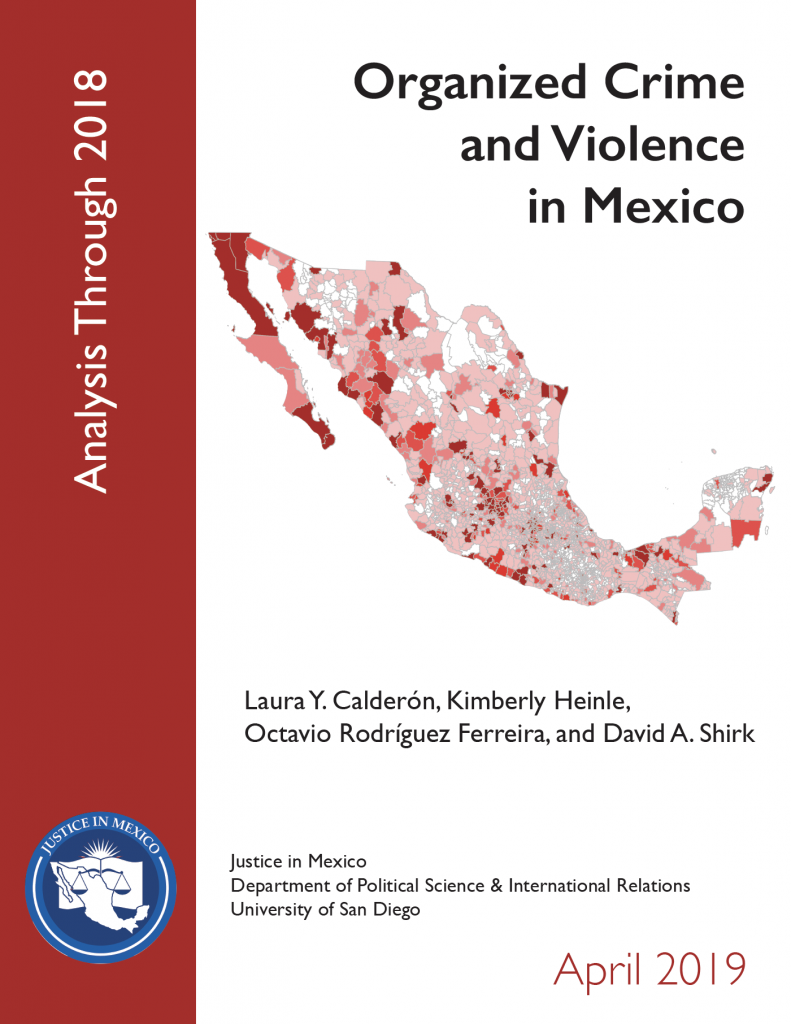 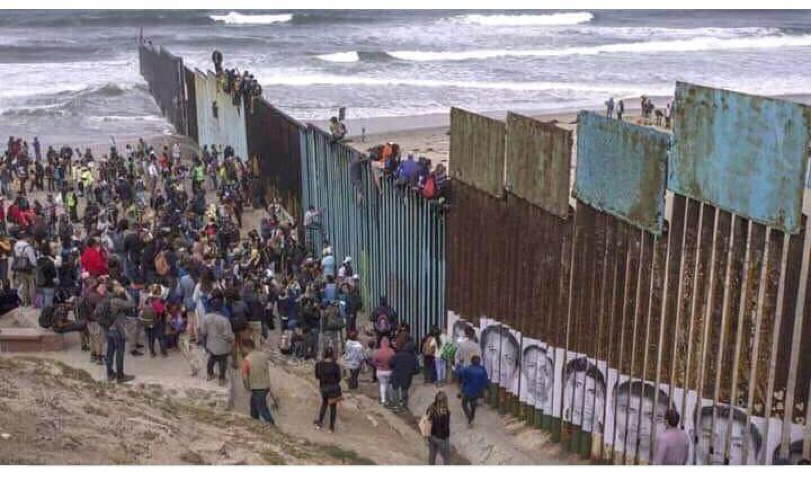 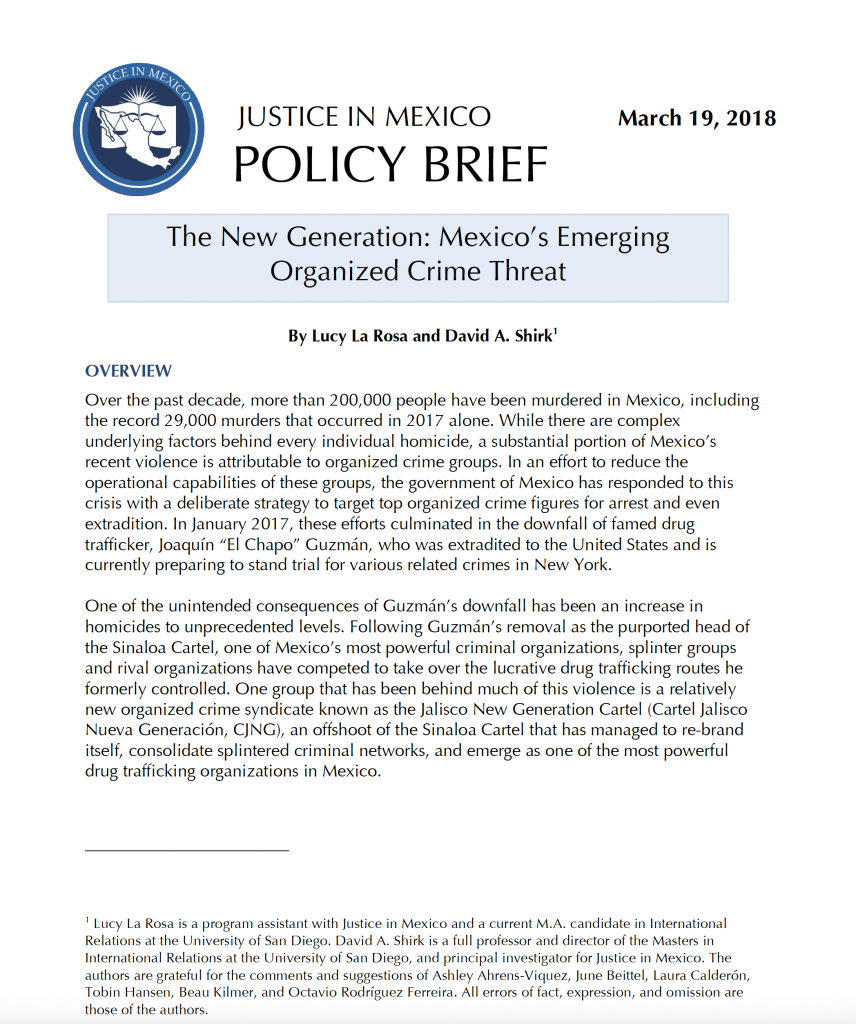